We have developed an instrument for static and dynamic light scattering under flow in plane geometry. The accessible scattering angles are between 20 and 100 degrees. The incident beam is perpendicular to the plane of the flow and the scattered beam is collected by an optical fiber placed on a goniometric arm whose center of rotation is inside the sample and coincides with the center of a hemispherical lens, which avoids the refraction of the beam at the glass-air interface at the exit of the shear cell. Moreover, the shear cell as a whole can be translated in two directions in the plane, while keeping the scattering volume fixed, in which the center of the lens, the center of rotation of the goniometer arm and the focal point of the incident beam coincide. This apparatus is used to study the static and dynamic structure factors of concentrated colloidal suspensions in glassy phase, in order to perform spatially averaged measurements when the samples are not ergodic.

Mechanically, the hemispherical lens is held in a very precise position above the shear cell, by a mechanism adjustable in pitch, roll, yaw and to some extent xyz, supported by a set of IGUBAL WGRM (steel pivot) rods and angular joints following a configuration close to the Polonceau trusses. The shear cell is composed of two glass discs (Flint 5, n=1.6) of size in a ratio ½ . The small disk is driven in rotation (continuous or alternating) by a stepper motor and a transmission with a reduction ratio of 64, via two series of pulleys and toothed belt. The glass cell assembly opens along the z-axis, in order to introduce the liquid sample, this last one can also move along the Z-axis to position itself at a precise distance from the hemispherical lens. Finally, the whole shearing device is installed on a cross table consisting of 4 linear modules with toothed belt ZLW1040, allowing to move the cell under the fixed lens. The sample is illuminated by a red helium-neon laser with a wavelength of 633nm, the beam is brought to the zenith of the hemispherical lens via a set of lenses and mirrors mounted on a rigid aluminum gantry.

The incident light from the sample is collected by an optical fiber, mounted on a goniometer arm whose axis of rotation is collinear with the focal point of the hemispherical lens (also the central point of the sample). The length of the arm is such that the collection fiber is in the plane including the focal point of the lens and the laser beam. The goniometer arm is made of an assembly of aluminum parts and a ROBOLINK D 30 symmetrical robot joint, driven by a stepper motor. The instrument is used daily by the BioSoft research team within the Institute of Physics and Chemistry of Materials of Strasbourg (UMR7504 of the CNRS), initially it was designed and built within the framework of a doctoral thesis, thereafter it will be used as a means of characterization, accessible to other French or foreign researchers.

This device is used in experimental conditions, in a materials research laboratory. Within the framework of a PhD thesis in physics at the University of Strasbourg under the supervision of a research director. The PhD student implements the device after adjustments and calibration, in order to determine the structure factor of different materials, in order to determine the optimal composition. This new experimental device is a custom-made design (special machine) dedicated to obtaining the structure factor of materials via static and dynamic light scattering under shear. Indeed, the only commercial machines are either static or dynamic scattering devices, and in no case under shear. Hence the experimental development. The challenges were the following:
– To position in space a hemispherical lens (with precise adjustments in x, Move the shear cell under the lens along the x and y directions – Collect the incident light via an optical fiber on a goniometer arm positioned in a very precise way in the plane formed by the zenithal laser illumination, the focal point of the lens and the position of the optical fiber Requirements: Instead of bearings, I used igubal angular joints, allowing the hemispherical lens adjustment system to be held in a fixed position in space, so that the cutting plane of the lens is parallel to the glass cell. For the drive of the goniometer arm, we chose the Robolink D30 joint, because we needed a wheel and screw mechanism, particularly compact, relatively precise and with a good repeatability of position, in addition this equipment is also very economical.
For cross-travel, we chose the ZLW1040 linear modules, because we wanted to be able to access a wide range of speeds, and travel without backlash Alternatives: Instead of the igubal joints, we could have made a much heavier structure, based on beams and plates, to support the hemispheric lens holding device, which would have undoubtedly limited angularly the movements of the goniometer arm. About the latter, the competing commercial mechanisms were either larger or more expensive, without necessarily having a better accuracy! Yes, we asked for a meeting with the local Igus salesman, who presented the Igus products to us, helped us in our choice and proposed us a price offer. The meetings and demonstration went very well, the Igus representative is efficient and very professional, no problems to get the necessary information, including very technical requests. angle joint WGRM (steel pivot) IGUBAL linear toothed belt modules ZLW1040 robot joint ROBOLINK D 30 symmetrical 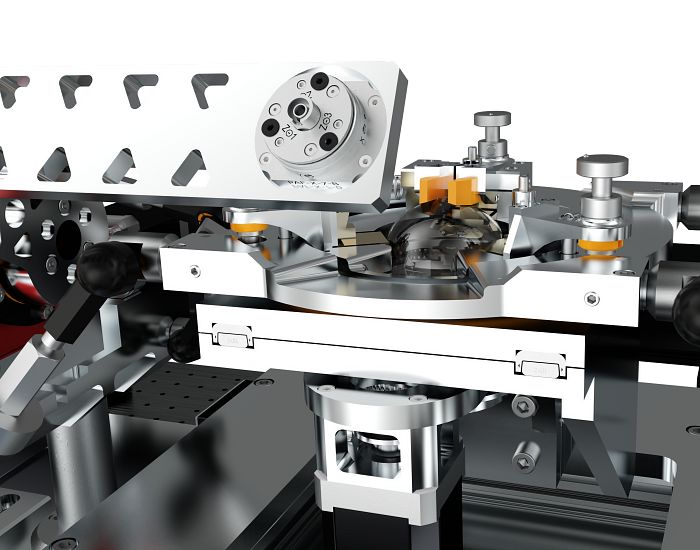 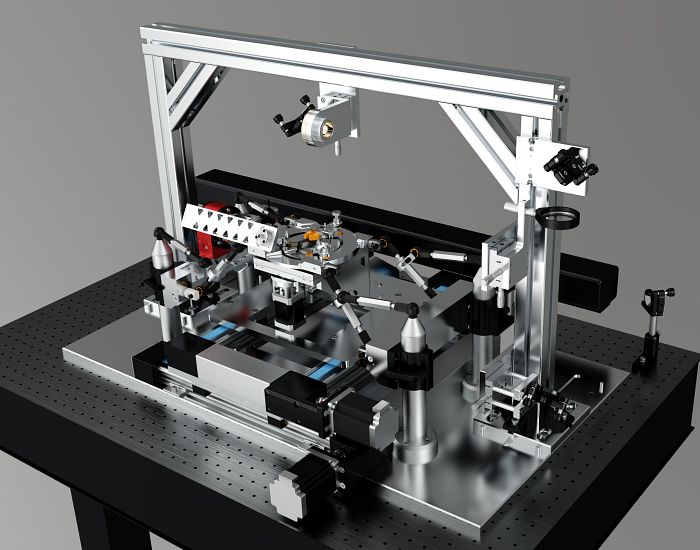 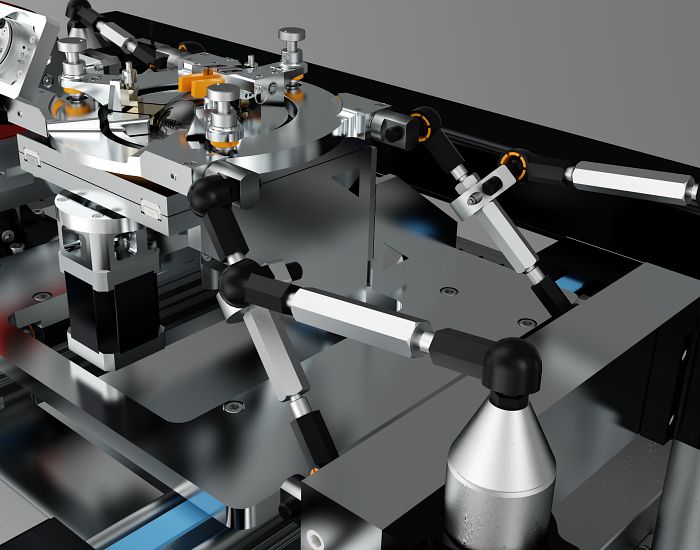 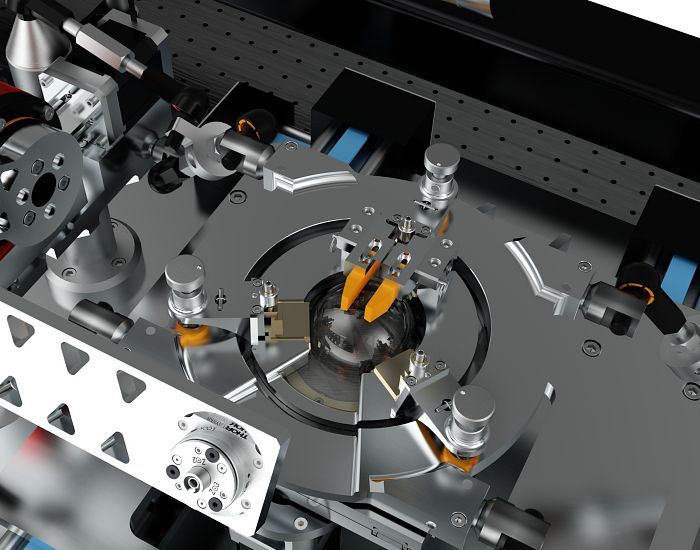 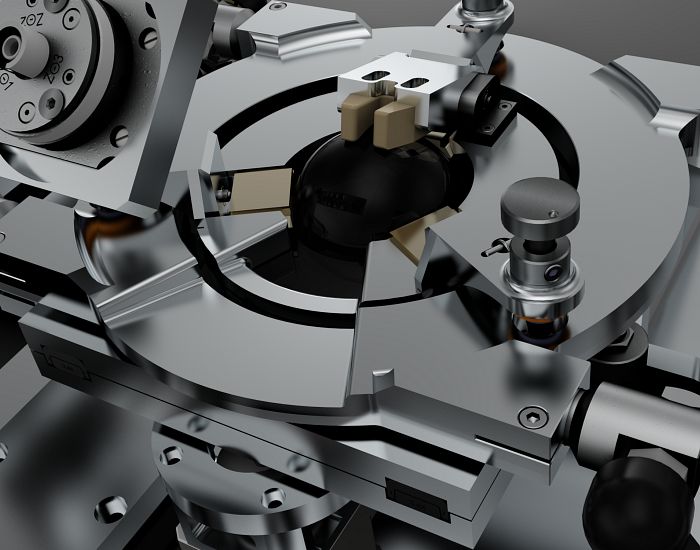 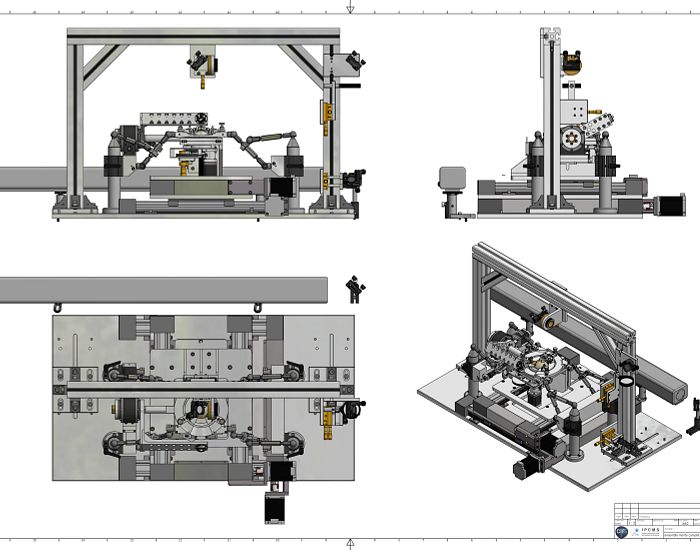 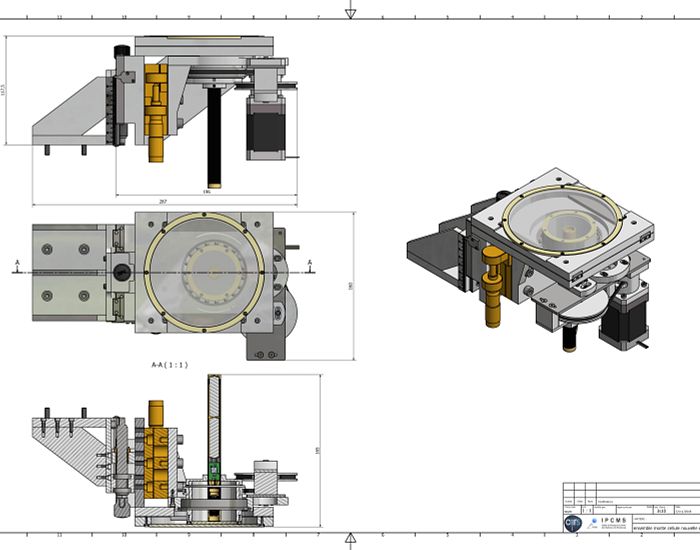 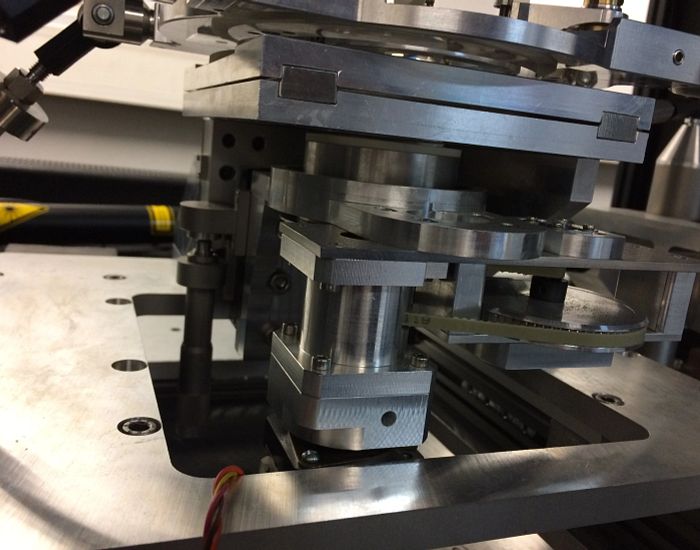 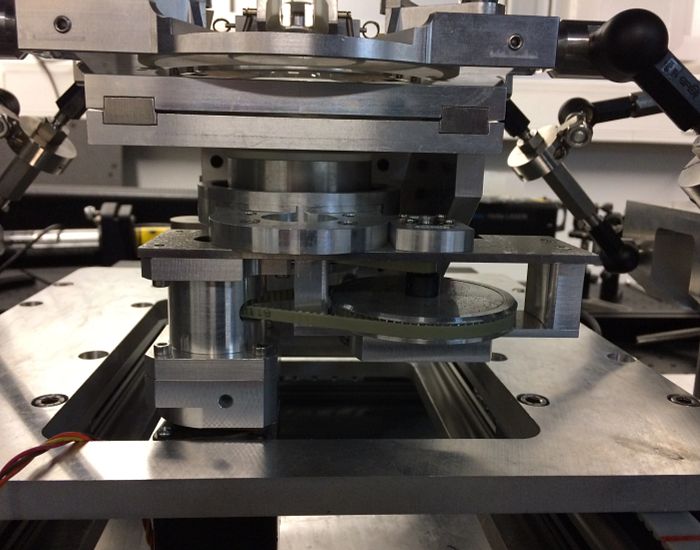 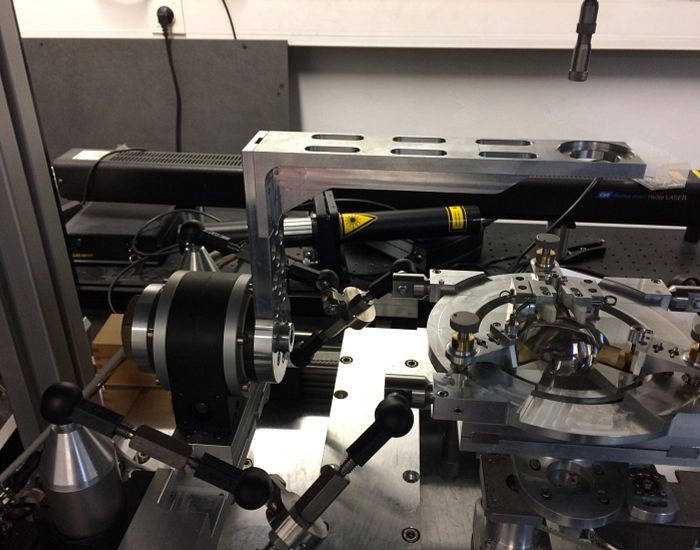 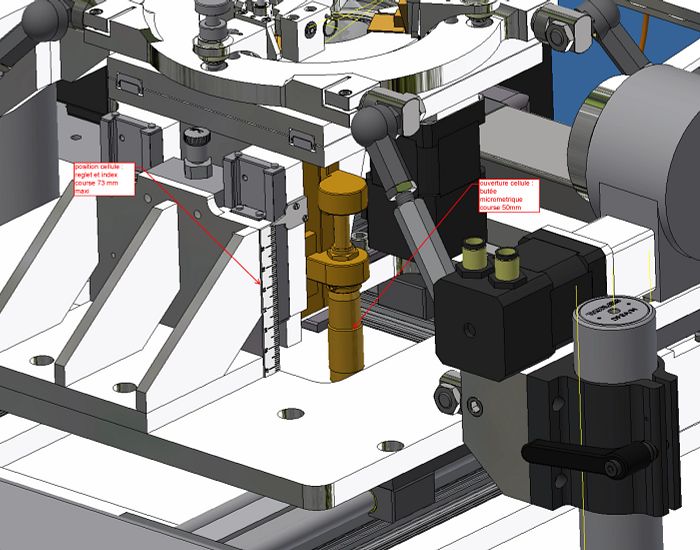 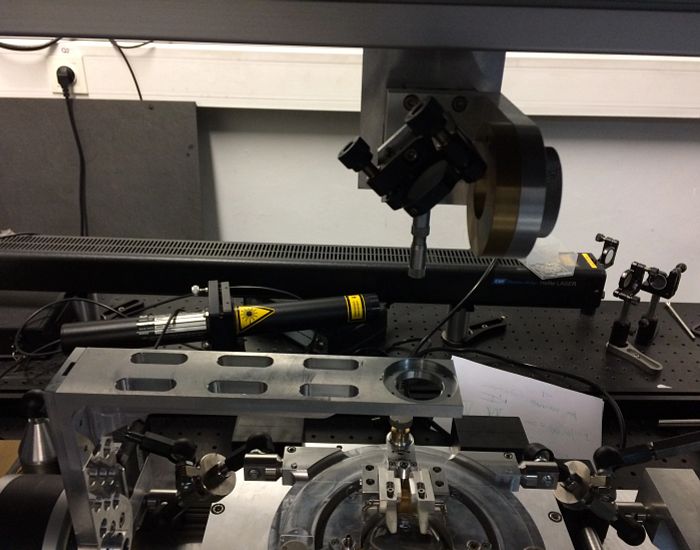 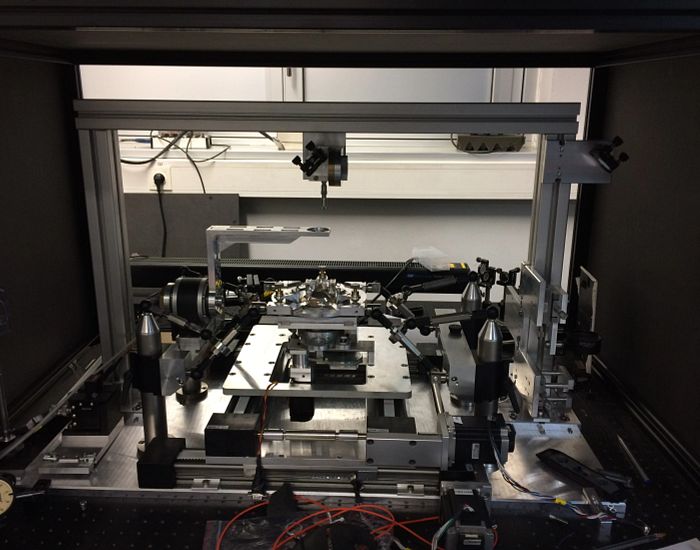 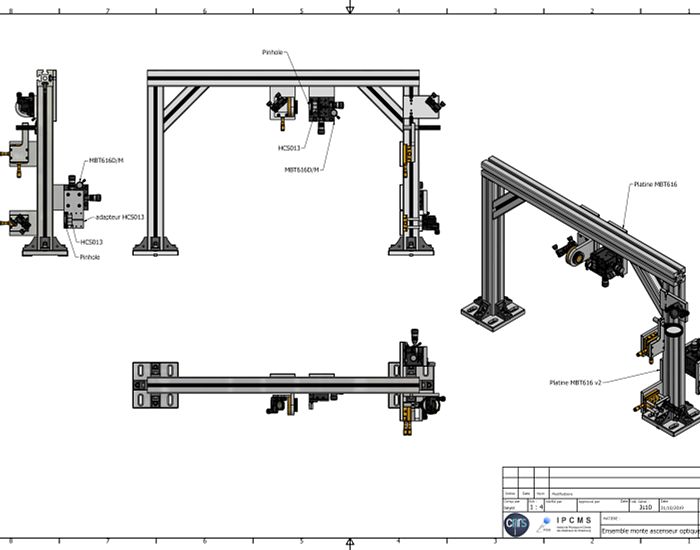 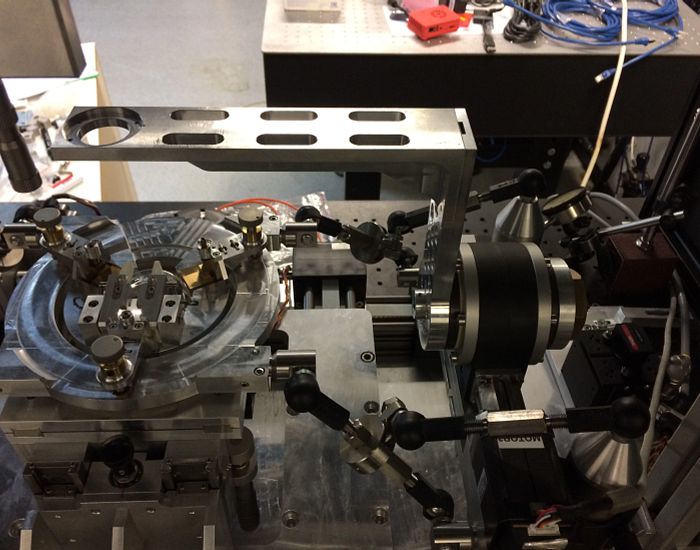 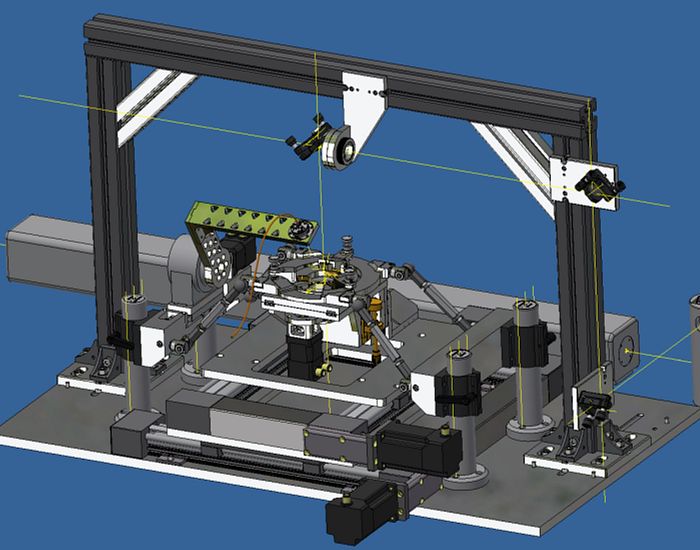 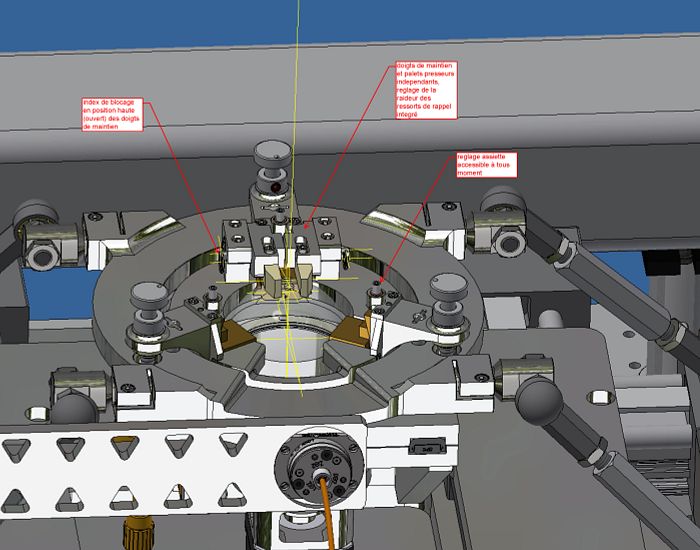 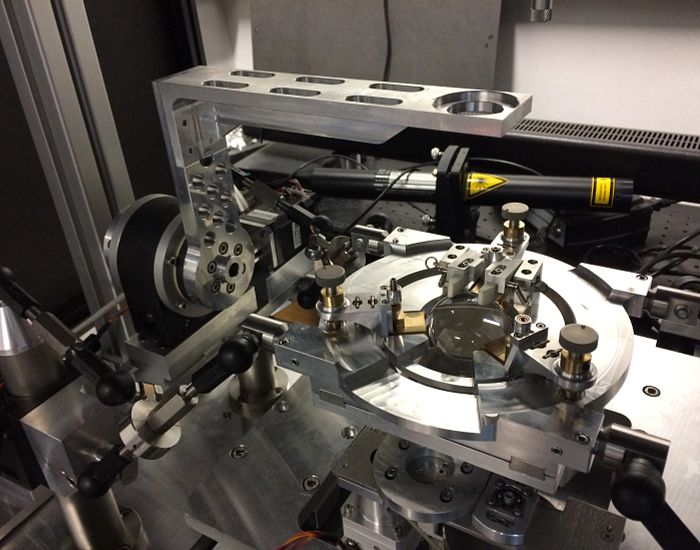 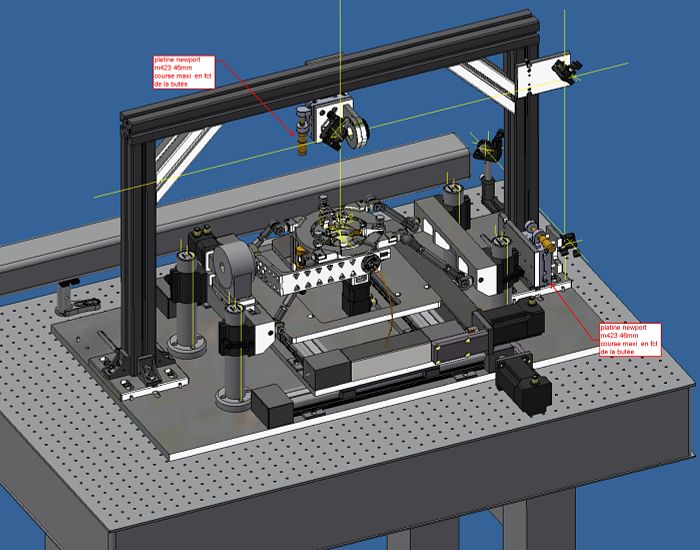 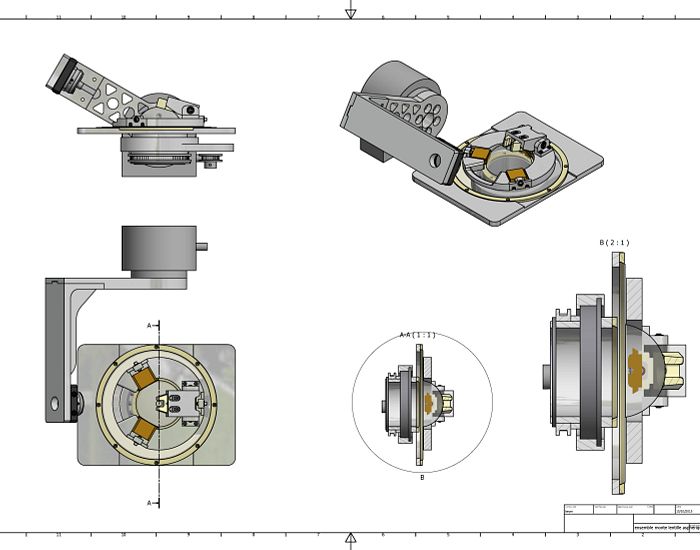 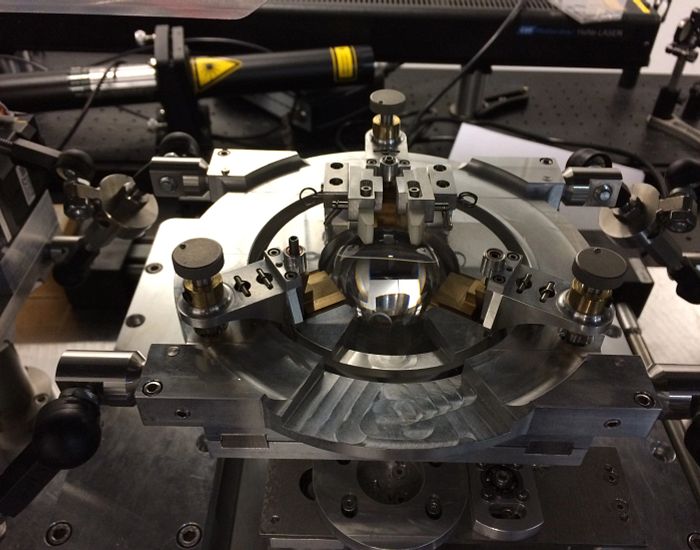 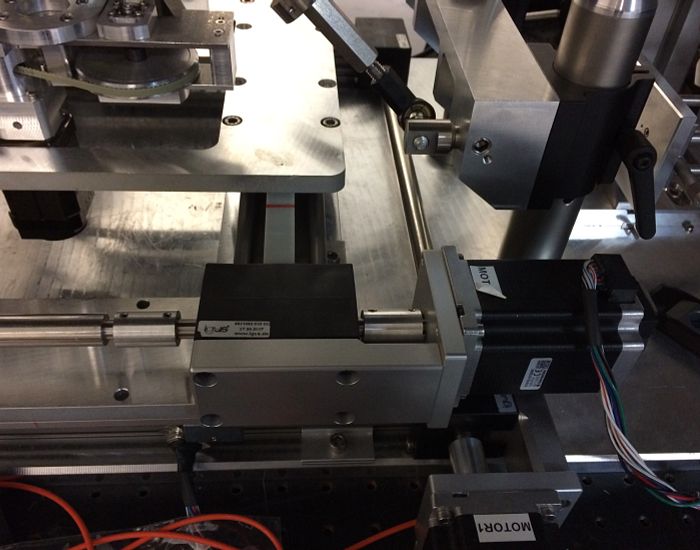 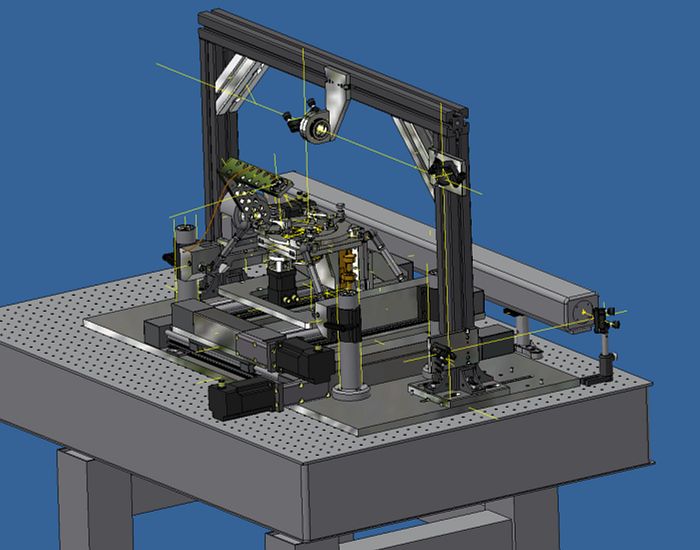